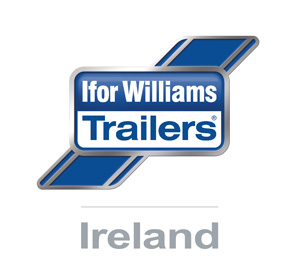 West Wood Trailers started from humble beginnings when, in 1958, the first trailer was handmade by Samuel Cole. The trailer was a single axle 6’ x 4’ car trailer. This trailer was an all timber chassis and timber frame construction on 13” wheel equipment and was originally made for Sam’s own use. When some neighbours and friends saw the trailer they asked Sam would he sell the trailer to them. From this an interest was created and a number of trailers were made for resale.

Between 1960 and 1966 the timber chassis was replaced with an all steel chassis and frame, finished with timber sheeting. Over this period new models were developed including a single beast livestock trailer. Over 50 units were manufactured and sold. Our location in County Kildare, in the heart of the horse industry, helped in the next stage of growth. Being surrounded by many stud farms, horse trainers and breeders it was a natural progression to develop a range of horse trailers.

In 1968 the first hand crafted West Wood horsebox was designed and manufactured. There were two models, a basic flat-front model with no front ramp and a deluxe v-front model with a front ramp. These were a steel construction with red deal timber cladding and double Scot’s pine floor, a handcrafted internal timber centre partition finished with leatherette, moulded padding and hand painted to a very high standard of finish.

1969 saw the official launch of West Wood horseboxes in the Irish market at the Royal Dublin Horseshow where they were so well received that 6 horseboxes were sold that week. This was the birth of West Wood Trailers which has been a success story spanning over 4 decades. Later that year West Wood Trailers was appointed distributor for Ifor Williams Trailers in the Republic of Ireland which laid the path for both companies to join forces to supply and service the Irish market with a large range of high quality trailers. This partnership has strengthened over the years and together they have become a household name in the industry. West Wood Trailers prides itself in offering customers top quality trailers and an after-sales service of the highest of standard.

In 1972 the manufacture of timber sheeted horseboxes was replaced with galvanised profiled metal cladding ensuring longer life and durability. The metal cladding was sourced from Ayrshire Metal Products in Scotland and the timber was sourced locally from Abbeyleix sawmills. The West Wood horsebox was regarded as a robust, well-built horse trailer which was handcrafted to a very high standard of finish. Durability was at the centre of its design to meet the demanding needs of everyday stud farm use.

1981 saw the purchase of a larger premise in Naas which is the headquarters of the operation to this day. This new premise allowed the company greater scope to expand and grow.

1986 was the year Alan Cole, son of founder Samuel Cole, joined the company. This partnership has been very successful, working together to grow the company and continuously building on a very good reputation. Customer satisfaction is at the core of our business right up to the present day. To uphold quality, to offer reliable back-up and after-sales service and to continue to build on our reputation in respect of all our customers is the aim of West Wood Trailers and its team of experienced employees are determined to continue this tradition into the future.